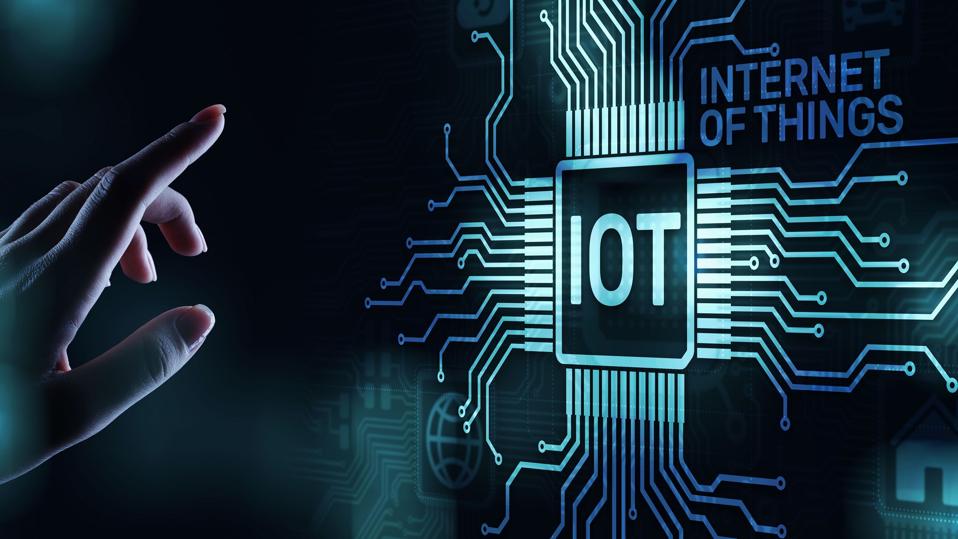 The Internet of Things (IoT) is a term that describes the increasingly sophisticated ecosystems of online, connected devices we share our world with. The slightly odd name refers to the fact that the first iteration of the internet was simply a network of connected computers. As the internet grew, phones, office equipment like printers and scanners, and industrial machinery were added to the internet. Today, just about any device we use in our homes, offices, factories, or simply wear on our bodies can be online and connected, hence the internet of “things.”

IoT is a trend that is driving the ongoing digitization and datafication of society in many new and amazing ways. Self-driving cars, autonomous manufacturing robots, and remote medical devices that let doctors diagnose patients and even carry out surgery are all possible due to these networks of connected things. In fact, Ericsson predicts that by 2022, there will be around 29 billion of these devices connected to the internet globally. So let’s take a look at what are likely to be some of the most important drivers and innovations in this field during 2022:

With everything that’s been going on in the world for the last two years, it isn’t surprising that healthcare has been one of the most active areas of IoT development. Of course, it’s a broad use case – covering everything from the use of cameras in public areas to monitor social distancing, fitness bands and trackers to monitor lifestyles and the increase in adoption of telemedicine and remote healthcare. Specialized medical equipment, including blood pressure and heart rate monitors, insulin pumps, wheelchairs, defibrillators, and oxygen pumps, are all frequently connected now, allowing them to collect data to help doctors understand conditions and patient lifestyles better, as well as work autonomously to improve user quality-of-life

Healthcare IoT devices allow medical professionals to collect data on the condition of patients without the risks that come with bringing large numbers of potentially infectious people together in close proximity. Beyond pandemic response use cases, though, they also allow doctors to potentially examine, diagnose and treat larger numbers of patients, as well as expand healthcare to regions where physical access to doctors or hospitals is difficult due to remoteness or difficulty of access.

THe huge growth in the number of devices connected to the internet inevitably means there is an ever-increasing number of ways our technology can be hacked or exploited by those with bad intentions towards us. The number and size of cyber-attacks are increasing every year – security researchers at Kaspersky say there were 1.5 billion attacks against IoT devices during the first half of 2021 – and during 2022, it’s certain we will see this trend accelerate. IoT devices provide access points to our personal networks because they are often not as secure as devices that are traditionally used to store sensitive data, such as computers or smartphones. Another threat vector comes from the fact that because the IoT is made up of “things”- sometimes very small, light things – those things can sometimes be lost or stolen, requiring an additional layer of security to protect against unauthorized users who have gained physical possession of your devices. Things are starting to change, though, with signs that manufacturers are tidying up their act when it comes to shipping devices with default passwords, and consumers are developing a better understanding of the risks. Common attacks involve attempting denial-of-service (DDOS) by overloading systems with connection requests, causing them to break and possibly expose data, or “hijacking” compute power from devices, which can be used to create botnets that attack other systems, or simply to mine cryptocurrencies. IoT isn’t just a security threat, though – by gathering data on network traffic and usage, connected devices provide fuel for algorithms that are used to predict and prevent cyber attacks.

Edge computing and the IoT go hand-in-hand. Put simply; it means building devices with on-board analytics capabilities, so the computing is carried out as close as possible to the source of the data that’s being analyzed. This really only makes sense in the context of cloud computing, where data is collected by essentially “dumb” sensors, such as basic cameras or microphones, and sent to the cloud to be analyzed. Edge devices use smart sensors such as cameras equipped with computer vision capabilities or microphones with natural language processing functions. The obvious advantage is that this means computation can take place much more quickly, and another advantage is that reducing the amount of data being transmitted to the cloud and back relieves network congestion. Yet another advantage becomes clear when we consider the privacy implications of widespread IoT – if a device is collecting personal data, then users have the peace of mind of knowing that they can get at the insights it contains without it even having to leave their individual custody. A key driver here is the increasing amount of computer power becoming deliverable in ever smaller and more power-efficient devices, thanks to more efficient battery and user interface designs. In 2022, as more organizations continue to look towards hybrid cloud ecosystems to deliver IoT services to their customers, edge computing will become an increasingly important part of the solution when there’s a requirement to deliver fast, secure insights.