This time the steering meeting of the MAtchUP project has been organized in one of the project’s follower cities, Skopje, capital of North Macedonia. 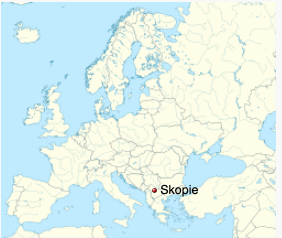 The organization was a success and the locals welcomed the MAtchUP family warmly, despite the cold weather.

In the plenary sessions, we reviewed the status of the demonstrators of the lighthouse cities: Valencia, Dresden and Antalya. In addition, the people in charge of the Skopje City Council showed us the urban platform they are working on, a mixture of innovative technologies and applications and practical services for citizens. 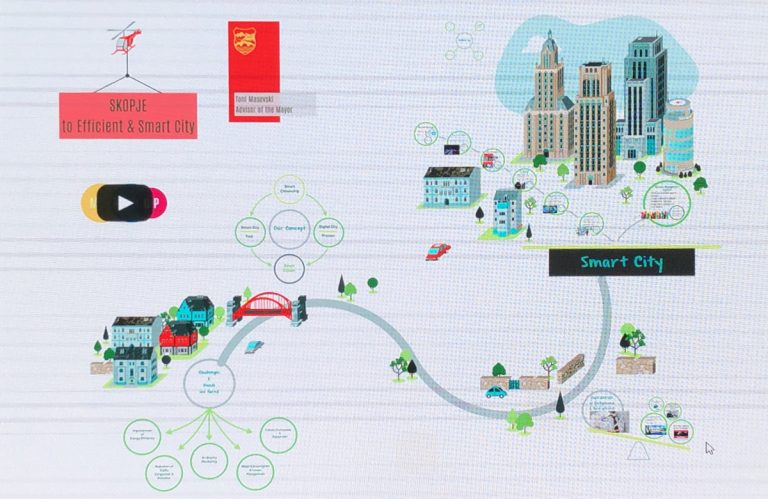 The parallel sessions addressed specific issues in energy, mobility, ICTs and social actions. The project indicators (KPIs) and how to calculate them were the central theme of the discussion at each of the MAtchUP pillar meetings.

In order to show us the current state of urban services in Skopje, our hosts organized a city tour. We saw the traffic control center, where multiple video cameras constantly monitor intersections and roads, and from where traffic lights can be managed in real time to prioritize firefighters, ambulances and VIPs.

Another of the interesting visits was the Urban Living Lab of Skopje, an endearing place in the Historic City Center, which serves as the basis for urban regeneration, a space for the co-creation of initiatives with and for the citizen. 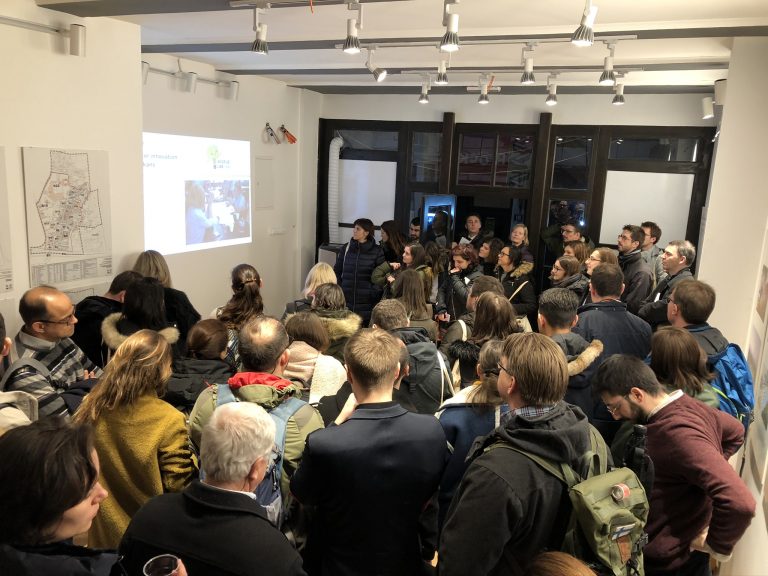 Later, we also visited a “Green Roof”, a garden on the roof of a building, in this case a shopping center. A thermographic study had been carried out in the city months ago, and it was discovered that there were points with high temperatures, either due to the concentration of pollution or the lack of air circulation. Therefore, they decided to give life to this type of initiatives. The “Green Roofs” are gardens built with the aim of softening the temperature and oxygenate these hot spots of the city, as well as serving as a recreation place for citizens. 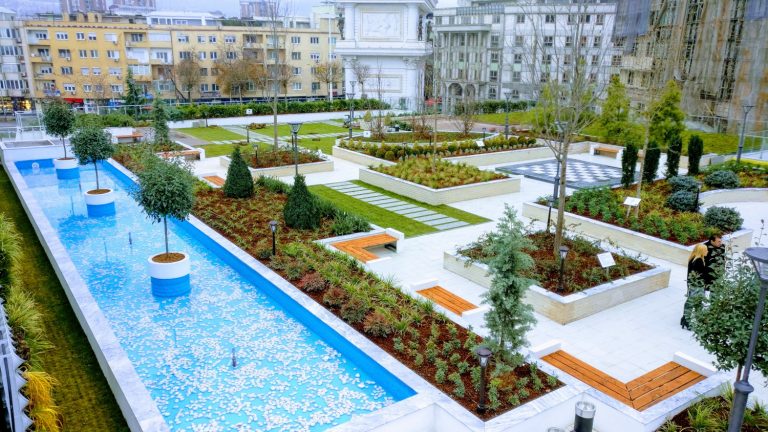 We continued with work sessions to identify possible improvements in the procedures, in the generation of business models and in the description of the Technology Packages for Smart Cities (SCTP). 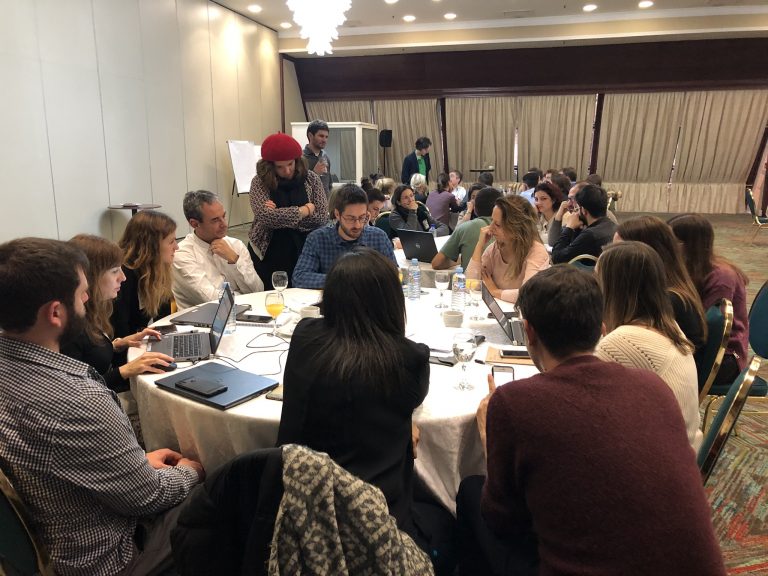 The final note was sung by Mother Teresa, a native of Skopje, reminding us that the most important thing is to enjoy the path: 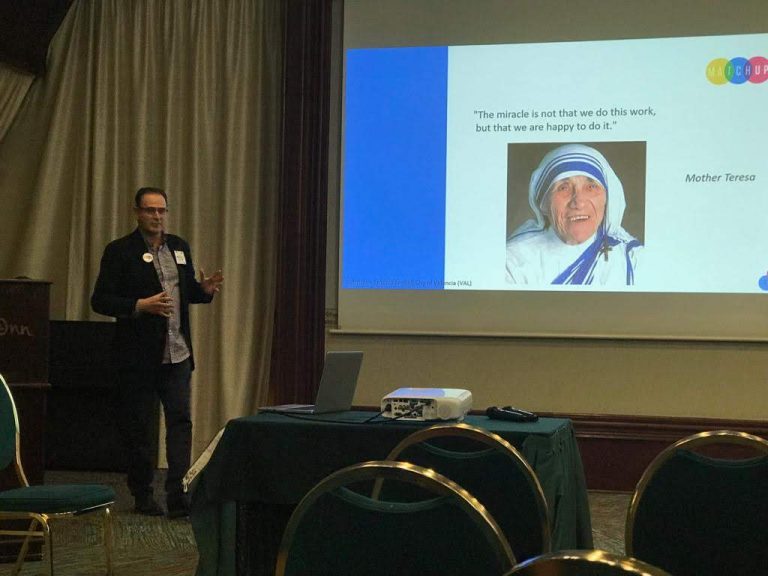 And for the next plenary meeting in 2020… we will come back to Antalya!

If you want to know more about the project, you can visit the website of MAtchUP.

In Valencia, Spain, researchers have developed an information system to help households to better manage their energy consumption and to use renewable energy sources with the aim of reducing CO2 emissions.

European citizens often have no guidance about good practices to reduce energy consumption in their homes. Researchers from the Instituto Tecnológico de la Energía in Valencia, are working on a system called SHEMS (Smart Home Energy Management System).

It is based on a smartphone app that enables users to monitor their consumption and receive guidance on how to improve energy performance based on good practices.

Caterina Tormo Doménech, one of the researchers involved, explains:

“People also have a scoring system whereby they can compare their consumption habits with other application users on a day-by-day or month-by-month basis. The aim is to raise their awareness about efficient energy use and to get them to change their behaviour.”

Several studies have found that competitive comparison may be a strong incentive besides, of course, the eventuality of reducing the bills.
The app is being developed under the EU smart city project MAtchUP, aimed at fostering a more liveable urban environment.

As the technology continues to advance, it’s important for individuals and organizations to utilize IoT devices to increase productivity and profitability. Here are 5 IoT trends you can expect to see in 2020.

Humans are in the middle of one of the most revolutionary moments in communication since the invention of the telephone — the “internet of things” or IoT. By connecting all the things in the world, IoT is the logical culmination of the internet itself. We can already see its effects on our lives and businesses.

Smartphones, tablets and other mobile devices do more than let us communicate with others. They track our location, monitor our health, learn our preferences and connect us to other devices. It’s a phenomenon that will impact how all businesses produce, market and grow. Something this complex needs some forethought and data. So, here are five things you need to know about IoT in 2020. Use them to make smarter decisions about your business.

Smart home IoT devices are gaining in popularity. The number of smart homes in the U.S. is expected to hit 28% of total households by 2021. Part of the upward trend stems from the fall of device prices. But, market preferences are changing too. Millennials love home tech. It’s their adoration that’s prompting property owners to integrate smart thermostats and security systems into new homes and remodels. Not to mention, smart home technologies are eco-friendly and help save on energy costs. But, these benefits are no longer exclusive to the home. Businesses can benefit from office automation too. In 2020, more firms will adopt the technology for the office for the same reasons.

Business owners can shrink monthly power consumption with smart lighting and sensors. Smart video doorbell cameras and locks let you give remote access for deliveries or employees. It keeps your business safer too. Smart thermostats reduce energy waste by learning your staff’s temperature preferences and the cheapest times to heat and cool.

2. Major Growth in IoT in Healthcare