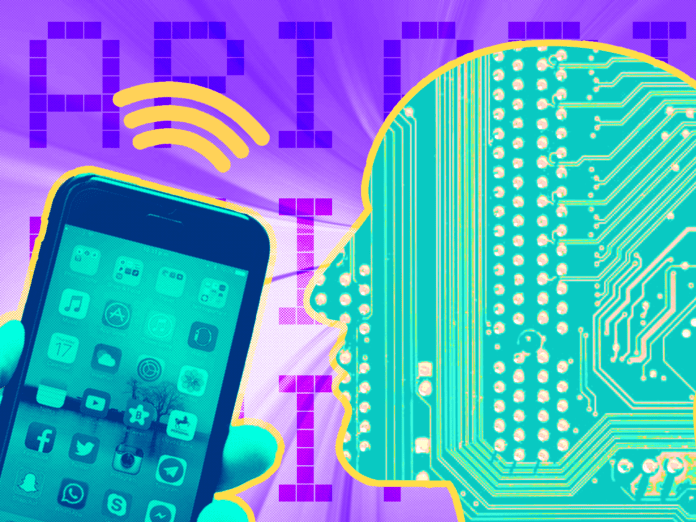 IoT (Internet of the Things) has the greatest potential to advance society since the Industrial Revolution. It will rise in a world in which all kinds of things are interconnected, smart, communicating, and improving the quality of life. The devices/hardware functionality is exposed as APIs where developers can do what they want.

An Application Program Interface (API) is a set of routines, protocols, and tools for building software applications. It specifies how software components must interact. APIs are tightly linked with IoT because they allow to securely expose connected devices to customers, go-to-market channels, and other applications.

APIs allow developers to build context-based applications that can interact with the physical world instead of purely through UI (proximity and location-aware). However, to truly achieve IoT, we need a REST API for every device. REST allows data to flow over internet protocols and to delegate and manage authorization.

With APIs’ help, a single app can utilize software written with multiple programming languages thanks to a unified architectural style called REST.

IoT means no shortage of apps, so no matter what, you’re bound to need RESTful services.

Unstructured data goes to object storage, semi-structure goes to MongoDB, Cassandra, traditional and transactional data goes to SQL, MySQL, and so on. As a developer, it’s challenging to deal with proprietary APIs exposed by these data sources. For example, to integrate one unstructured, semi-structured, and structured database in the app, we will have to deal with at least three proprietary APIs.

When plotting connections within an IoT system, nodes are devices, and arcs are APIs. Indeed, to fully realize the benefits IoT has to offer, OT assets will need to be designed with web technologies built directly into them, such as HTTP for interaction, SSL/TLS encryption, and authentication for data security, and JSON for data format. This approach is available today through RESTful architecture.

REST APIs typically use methods of the HTTP specification to perform different actions. For example, POST, GET, PUT, DELETE can be logically mapped to SQL CREATE, SELECT (READ), UPDATE, and DELETE functions. This is known as CRUD, and it means that everything you might want to do to a piece of data stored on a remote server can be done predictably.

The real trick in an Internet of Things product is moving data in an efficient and fast way—so at the heart of any IoT implementation rests the API(s).

Device people and software people rarely understand each other. For the device folks, the API is the product and the app developers are the primary consumers. When building APIs for devices, we need to understand the needs of the consumers in terms of design and the preferred protocols that mimic dominant web architectures.

REST and JSON APIs generally enable software engineers to avoid reinventing the wheel when building new apps. We are witnessing the growth of businesses and solutions thanks to high-quality software with robust and user-friendly APIs. There is a lot of potential to leverage data, and there are numerous development opportunities on both the device side and software side.